Rafiu Adebayo Ibrahim is a Nigerian politician and senator representing Kwara South Senatorial District. He was born in 1967 in Kwara State.

He attended Ojoku Grammar School where he obtained his West Africa School Certificate in 1985 before proceeding to Kwara State Polytechnic where he graduated in 1987.

He obtained a Masters in Business Administration from the University of Ado-Ikiti  in the year 2000. He went further and attended the Lagos Business School where he qualified for as a  Fellow of the Chartered Institute of Banking.

He also attended LeedCity University, Ibadan, where he bagged a Doctorate degree in Business Administration in 2009.

Prior to becoming a Senator of the Federal Republic of Nigeria, Rafiu was the Managing Director and Chief Executive Officer of Ibrafumus Limited from 2005 to 2009.

In the 2015 elections, he contested for the seat of the Kwara South Senatorial District on the platform of the All Progressives Congress.(APC) and emerged winner.

He is a member of the following senate committees: Senate Services as well as Banking, Insurance and other Financial Services.

No reviews yet for Rafiu Ibrahim 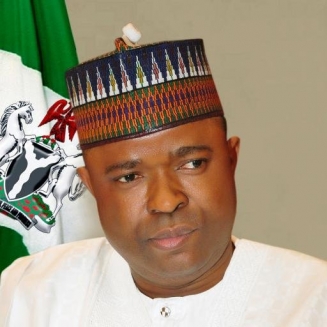