Tijjani Yahaya Kaura – a former Minister, SSG and Senator of the Federal Republic of Nigeria (Zamfara North) was born on February 3, 1959. He is an indigene of k/namoda Local government Area of Zamfara State. Tijjani Y. kaura

Kaura completed his primary education at Mohammed Asha Primay School Kaura Namoda in 1975, he then went to Government Teachers College Bakora, where he obtained a Teachers Grade 2 Certificate in 1980 and then proceeded to college of Education Sokoto, where he obtained NCE in 1985.

Kaura's quest for education and self improvement took him to Ahmadu Bello University, where he obtained a degree in education in 1989 and later a masters degree in 2016.

Yahaya Kaura's started out on his career as a teacher before pushing into politics.

He serve two terms as chairman Kaura Namoda Local Government Area, between 1991 and 1998.

Kaura moved over the Peoples Democratic Party (PDP) following its creation in 1998 and contested for the senatorial position of his district in the 1999 elections but was not sucessful.

With the inaugauration of the new government,  president Obasanjo appointed Tijjani Y. Kaura to the position of Co-ordinator National poverty Eradication Programme, (NAPEP) for Zamfara State.

He was later appointed  the Federal Commissioner _National Population Commission of Nigeria, from 2001-2003.

Kaura, resigned his federal appointment in 2003 in preparation for the elections that year, where he contested again for the Zamfara North Senatorial seat and was again unsucessful.

He resumed his appointment again as Federal Commissioner of the National Population Commission representing Zamfara state in the 2nd Tenure of President Obasanjo. He held the position from 2003-2007,  an was incharge of the Census that was conducted  in Anambra State in 2006,

Following the formation of the All Progressives Congress (APC) in 2014, Kaura decamped the PDP for the APC and became an active member of the new party.

During this time, he was appointed to the position of  Secretary to the State Government, Zamfara state by the governor of the state.

However, Tijjani Yahaya Kaura, resigned the appointment to contest for the senatorial seat of Zamfara North in the 2015 general elections. He contested on the platform of the APC and emerged the winner of the elections.

No reviews yet for Tijjani Kaura 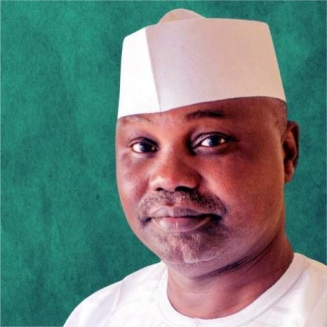