Okiemute Marshall Odah was born in Port Harcourt, Rivers State, Nigeria on November 23rd, 1988. The lanky goalkeeper who hails from the Isoko axis of Delta State has featured for numerous clubs in the Nigerian Premier League including Sharks, Warri Wolves, Lobi Stars and most recently Plateau United.

Okiemute began his career with Sharks FC of Port Harcourt (now Rivers United). He came into limelight when he joined Warri Wolves in 2014. After a superb first season with the club, numrous clubs in the country began to lobby for his signature which caused Wolves to release a statement. In the statement, the club warned other clubs off the goalkeeper, insisting they won’t sell him even for a fee of 100 million Naira. In February 2016, he finally dumped Warri Wolves and agreed terms with Lobi Stars of Markudi where he spent two years. Okiemute joined an array of stars that left the Seasiders after the 2014/2015 football season for another clubs.

In January 2018, Okiemute joined league champions, Plateau United, for an undisclosed fee. He went on to feature at the CAF Champions League where United were eliminated at the preliminary round. On the international team, he has held few fringe places, but has never been a national team regular.

No reviews yet for Okiemute Odah 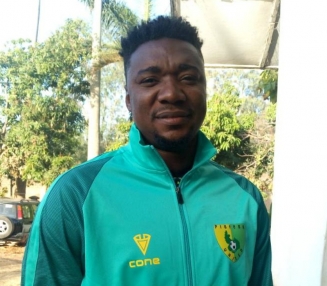