Ahmed Ibrahim Lawan  is a Senator of the Federal Republic of Nigeria. He was born on January 12, 1959, in the Gashua town of Yobe State.

Lawan completed his primary education at Sabon Gari Primary School, Gashua in 1974 and then enrolled at Government Secondary School, Gashua and got his O'Level in 1979. He proceeded to the University of Maiduguri where he obtained a Bachelors degree in Geography, in 1984. He went further to obtain a a Master's degree in Remote Sensing from the Ahmadu Bello University, Zaria and a Doctorate degree in Remote Sensing/GIS from Cranfield University, UK, in 1990 and 1996 respectively.

Prior to making his foray into politics, Alhaji Lawan, worked in the Yobe state civil service, as an Education Officer in the Ministry of Education from 1985 to 1986. He then got a lecturership position at the University of Maiduguri, where he lectured for 10 years from 1987 to 1997.

In 1999, following the return to democracy, Lawan was elected into the House of Representatives, where he chaired such committee as House Committees on Education and Agriculture.

In 2007, Ahmad Lawan contested for and was elected a Senator to represent Yobe North Constituency on the platform of the All Nigerian Peoples Party(ANPP).

In 2009, as chairman of the Senate committee on Public Accounts, he initiated and sponsored the Desertification Control Commission Bill.

In 2011,  Ahmed Ibrahim Lawan ran successfully for a second term as Senator representing Yobe North Senatorial District and was re-elected on the platform of the ANPP.

During the 2015 general elections, Lawan now with the ticket of the All Progressives Congress(APC) successfully ran again for the Yobe North Senatorial seat and won , making it his 16 years of active service by 2019.

He is currently holding the position of the Senate Majority Leader at the National Asembly.

Alhaji Ahmad Ibrahim Lawan is a practicing Muslim and has been to Hajj numerous times. He holds the traditional titles of Dan Masanin Bade and Garkuwan Daliban Gamui.

He is a recipient of the National Honour of the Commander of the Order of the Niger (CON).

No reviews yet for Ahmad Lawan 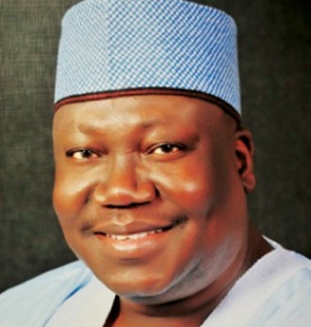