John Owan Enoh had his early education at St. Gregory Primary School, Agbokim Waterfalls and St. Augustine Junior Seminary, Abakaliki,  in the present Ebonyi State. His enrolment into the Junior Seminary was in anticipation of joining the Catholic priesthood. However, God had a different path for him as his younger brother, Rev. Fr Anthony Achime Owan later became a Roman Catholic Priest.

He thereafter proceeded to the University of Calabar where he graduated with a degree in Sociology, he also later obtained a Master’s degree in Demography from the same university and was immediately employed as a lecturer.

In 1999,  John Enoh, running on the platform of All Peoples Party ( APP) won the bid to represent Etung Constituency at the Cross River State House of Assembly.

In 2003, he contested for representative position of his Constituency at the Federal House of Reps on the platform of the Peoples Democratic Party. While there at the Lower House,  he became the Vice Chairman, House Committee on Finance. He returned again in 2007 and later became Chairman of the Finance Committee.

In 2011, having made it to the House of Reps for a record third term, he was made Chairman of the Appropriation Committee of the house.

As Chairman of  the Appropriation Committee, Enoh was one of the arrowheads behind the establishment of the Budget Office and the setting up of the Fiscal Responsibility Commission (FRC) through an Act of parliament.

In the 2015 elections, John Owan Enoh contested for the senatorial seat and  was declared the winner of the Cross River State Central Senatorial District.

He beat Dr Sandy Onor of the Labour Party to become the senator for Cross River Central.

No reviews yet for John Enoh 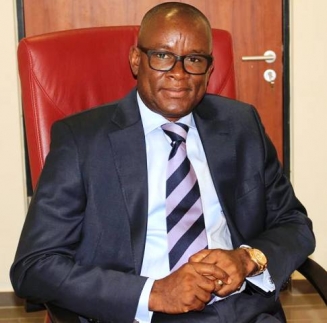